YOUR INFORMATION IS 100% SECURE

From the Desk of Andrea Felder

I’ve spent more than a decade quietly making money on the internet. No I’m not rich but the revenue I generate allows me to support myself and family of 5. In short I have choices.

This workshop is a result of people constantly asking the question:

“What’s the easiest way to make money on the internet? “

Surprisingly, it’s not what you think. I’m sincerely frustrated by the gurus that tell you making money online is about authenticity and meta stuff. The reality is, the freedom to walk down the guru path really begins by FIRST satisfying your basic needs for survival. That’s food, clothing, shelter, transportation, etc…

The romanticism behind entrepreneurship is something worth addressing.

In fact, if you’ve never made any money on the internet I would NOT attempt to sell you information on making $10k or 7-Figures – You wouldn’t be ready for that. The reality is there are skills required to turn you into an “internet money believer”.

This workshop includes 4 videos. Yes, only 4. It can be consumed in 2 hours. It’s legit.

In 30 short minutes this video explain a 3 step framework that anyone can use to actually start selling digital products or services – SMARTLY. No catches – No upsells – Just the honest truth about making a quiet living online without having to be a hacker, influencer, or agency.

Learn how to wisely spend $25 a year to make your first $1k online. You can use this same revenue method to scale, perfect, and improve your introverted sales engine. More importantly, the method allows you spend only a couple hours per day focusing on true revenue generating tasks.

Learn how to wisely spend up to $200 a year to build a longterm web asset. This method helps you structure offers that take you as close to passive income generation using purely digital products (e.g. courses or services). Best of all I’ve used this same method I’m teaching you myself. It’s tried, true, and most importantly agile.

If you don’t know what to sell online I teach you how to quickly figure it out using solid methods. You don’t spend time trying interview people take polls and surveys. You don’t waste time trying to find your purpose in life. Instead, you take immediate action based on timely –relevant research.

Back to my long-winded but appropriate letter…

Who Should Buy This Workshop

Please I’m begging you – If you’re a funnel expert – SaaS founder – or Growth Hacker that already makes 7 figures online don’t buy this workshop. It should be useless to you.

If you’re any of the above by now you already know how the game works or you can afford to hire very smart people who already use this framework. That said – if any of the following apply to you:

Have not made your first $1k online

You’re great at creating but bad at selling

You understand how funnels but, let’s be honest you never built one for yourself

If the above sounds like you – the $27 you spend on this workshop is worth it’s weight in gold. 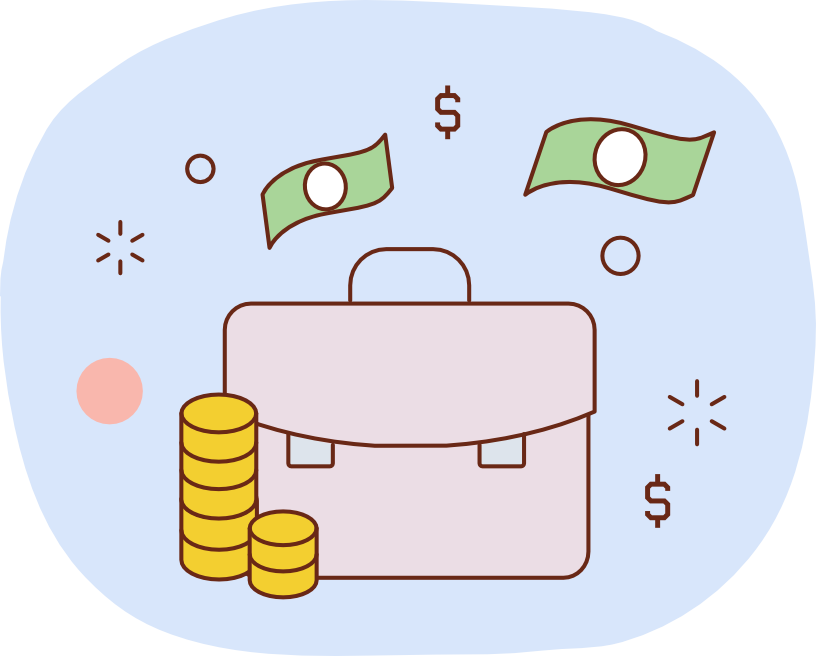 The framework teaches you how to fish. 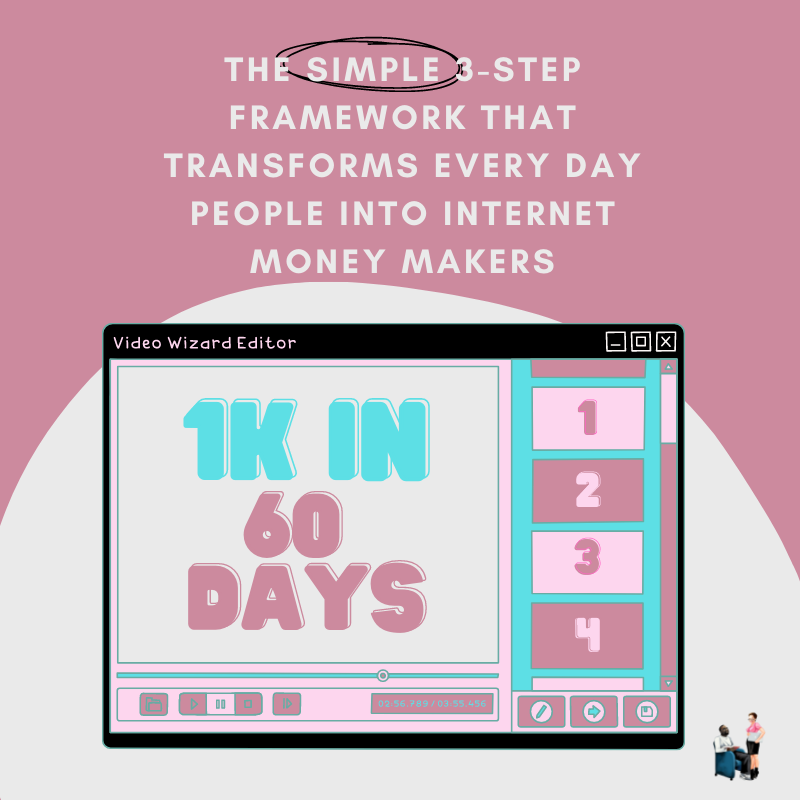 There’s nothing original about this process. In fact, you’ve probably heard a few smart people touch on different pieces of the framework. You may have even received advice along this vein in the past. It’s unoriginal because so many very successful internet marketers unearthed the formula after years of experience and hundreds of thousands of dollars spent.

This framework is so effective that marketers ruined it and made it complex. Diluted the simplicity with software, new conventions, and terms like engagement. They complicated it so much that the average person gets lost in the grind.

After more than a decade making ‘family supporting money” online I’ve had the privilege of working alongside so many amazing people. Without whom I could never … ever … discover the simplicity behind “internet money”. My first 5 years on the internet were garbage… I made very little money. I struggled… I mastered every software, learned how to build websites, learned how to launch marketing campaigns.

I got caught up in the lure of influence and fantasm so much so that I lost sight of the money. My vision was clouded by a romantic version of printing dinero on the internet.

BUT… something good came out of failing forward….

I learned how to distinguish fact from lie. Reality from Fantasy…

By now you’ve watched a ton of gurus, free training, and likely have spent a few thousands dollars on courses, software, solutions.

BUT You’re probably not breaking through… That is why you’ve read this far. You’re looking for a breakthrough – an AHA! Moment. The point when someone tells you there is a hidden secret that the internet’s elite have hidden from you.

Bad News Bears… There is No Secret.

The good news is you’re operating in an ecosystem. Once you understand how money is distributed on the internet you can then leverage that understanding to generate revenue and scale that revenue to generate wealth. The system of money online is simple.

Value is always exchanged for value. 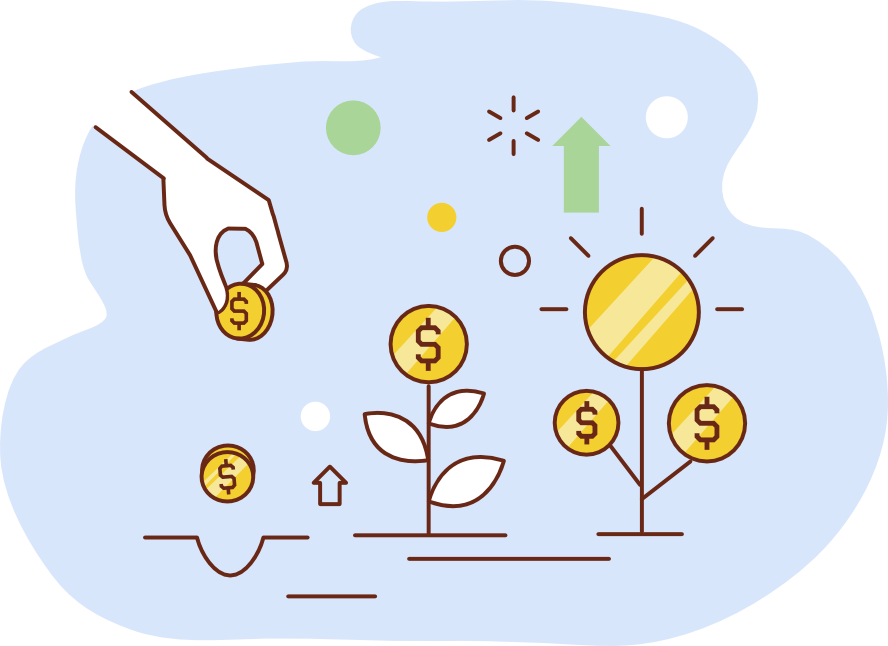 No matter what hack you employ or tactic you try on the internet – money will only hit your bank account when you orchestrate a scenario for demand and value to intersect repeatedly. In fact, this entire sales page already breaks down the entire formula for an experienced internet money maker.

BUT IF YOU’RE STILL CONFUSED

It’s really only because you have not yet been exposed to the practical steps that every digital integrator is aware of.

It’s not your fault… It’s just a matter of knowing how the system works.

You see the false system you’ve been made to believe in – build an influencer profile … become early adopter famous … make big bucks is not actually where the money is made. Normal regular folks typically do not land in the top 3% of internet influencers. But everyday folks like you and me can make a real living on the internet without being subject to stupid algorithms, engagement rates, and likes.

In fact, I’ve personally worked with 1,000s of influencers over the past decade and guess what? When their reach drops or Instagram bans their account they lose their money.

They don’t own that system. They are subject to it and that my friends is the reality that most gurus will teach you.

If that’s the success you’re looking for – this is not the place you’ll find it. In fact, I haven’t posted an Instagram pic on my personal account in nearly 2 years. None of that matters to me. Because I’m not subject to it – I’m personally fine without 1000 more followers.

The only time you’ll see me making moves on a social platform is if I’m running some sort of experiment leading to another product line, JV, or web asset.

The Next 2 Hours You Spend

Watching these videos will pull back the curtain on a completely independent method of making money on the internet. If you’re not completely satisfied with what you’ve learned – I’ll literally send you your money back. Seriously, I really have no use for unhappy customers.